CombatSafe is supported by its readers, buying through our links may cause us to earn a commission. 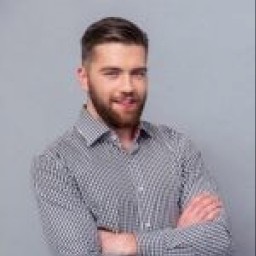 Why should you purchase a Steelwater 20 gun safe? Twenty might seem like too many guns to have, but for the avid collector, there’s never enough!

Once one starts collecting firearms, there’s a consumer tendency to keep collecting newer models, sometimes out of the habit of wanting to explore a variety of products, and sometimes for functional reasons.

In the long run, a lot of people find that their 16-long gun safes are not spacious enough to hold all of their firearms.

And if you don’t currently own as many as twenty long guns, you can always re-adjust the shelves in the gun safe so that you can use the safe not just for your guns but also to store precious items like jewelry, which may require that extra bit of protection.

There are a lot of gun safes available in the market today. The consumer need for them has risen considerably. But very few companies take the time to carry out the research and development required. And if you compare the gun safes out there, Steelwater is the most robust when it comes to burglar and fire-resistance.

We know those words alone will not convince you, and they shouldn’t. So Check out this video.

That is why steelwater has performed rigorous safe testing they have a series of brutal tests that test its durability under different conditions. They completely batter the safe, starting from punching it, to breaking its hinges, to trying to pry it open.

They then move on to attacking it with an axe, and you’ll see for yourself that all this time, they only managed to just chip away the surface of the safe. They try to pry open the safe again, this time with a team of us trying, and still to no avail despite the box having suffered a lot.

For the ultimate test, they drop the safe from a height of over twenty feet, and again, video being your witness, you’ll find that it was still not possible for them to pry the safe open.

These safes have also been lab-tested to check their resistance to heat and fire. You’ll find that the safes can withstand scorching fires for a long duration.

Steelwater provides you with top-notch twenty-long gun safes, the best in the market for their price range. Unlike many manufacturers in the market, they know exactly what we are talking about.

They an insider’s perspective when it comes to the possible hazards to a gun safe today, and thus design their safes keeping practical and important considerations in mind.

Also, while many other companies come out with different model names and numbers every year, these often turn out to be the same old versions, but just marketed under different names and thus priced higher. Steelwater is honest with their products and relies on actually testing designs over time, rather than hollow marketing.

These safes can withstand high temperatures for a considerable period of time, and their interior is lined with grey carpet to keep the steel from damaging your guns or other valuables.

The Steelwater Standard Duty–EGS5922 model comes equipped with an EMP-protected digital lock or a mechanical one, depending upon your choice. The EMP-protection makes the safe resistant to harmful ionizing radiation.

Both the digital and mechanical locks have their pros and cons, and neither one can be said to be a hundred percent better than the other. We, therefore, leave the decision upon you the customer when it comes to figuring out which safe would be safer for your needs.

The Standard Duty safe can withstand high temperatures and are guaranteed to be resistant to high temperatures up to 1550° Fahrenheit for forty-five minutes. It’s built with a solid 14-gauge steel door and body. The gun safe contains a direct-drive linkage system and comes armored with a hard plate which is impervious to a drill-bit attack.

The gun safe contains four ¼” bolt-down holes and a straight handle on the top-middle of the front facade.

The Heavy-duty edition comes armed with slightly better features than the standard duty one and is hence priced a bit higher. While the lock system is the same as that of the standard-duty one, and so is the fire-protection durability, the heavy-duty version scores higher on all the other points.

It contains a 12-gauge steel door and body, which is better than the 14-gauge one of the standard model. Instead of a direct-drive linkage system, it has got a linkage system which is gear-drive-based, which is again, better. And the drill-resistant hard plate on the heavy-duty safe is considerably more extensive than the standard-duty one-eight times larger, to be precise.

This model also contains four bolt-down holes like the standard one, but these are more reliable as they are steel-reinforced. And finally, from a safety point of view, the 20-long gun safe comes with a tri-spoke handle, which is much more difficult to pry open than the straight handle of the standard model.

Even on the aesthetic side of things, the Heavy-duty version is better than the standard-duty one, as it contains decorative external hinges.

The verdict is clear from us on this one. The Steelwater Heavy-duty gun safe is superior to its standard-duty version on most counts and is the better purchase. But if you’re low on funds at the moment, then go ahead with the Standard-duty one.

More Reviews of the Steelwater Brand: The Steelwater 45 safe is superior in quality and provides you with security from theft and protection from fire. You can be at peace knowing that all your valuable belongings, crucial documents, and personal weapons END_OF_DOCUMENT_TOKEN_TO_BE_REPLACED Richard Gabriel has been writing in the combat sphere for 5 years now. He is a retired vet who fought in Iraq and now spends his days running his gym as an expat in Puerto Vallarta Mexico. An guns and safety enthusiast Richard brings his years of experience to product reviews and guides!